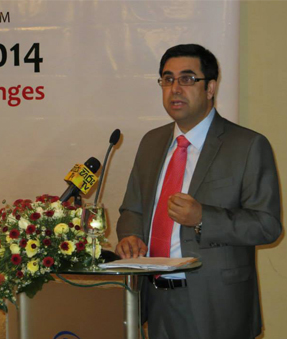 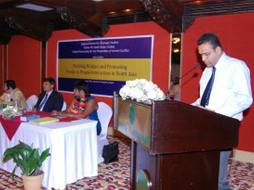 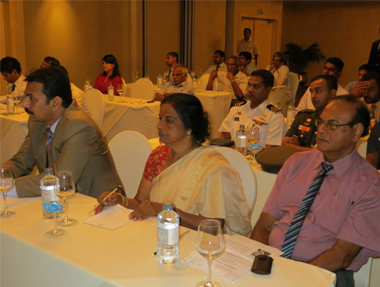 The rise of Great Powers in Asia has made the Indian Ocean once again a pivotal geo-political region where the direction of global politics in the 21st century is decided.

Along with this development, the political and strategic significance of South Asia has also enhanced immensely, an invariable outcome of its unique geographical projection into the Indian Ocean.

Operating in the international public pace, these regional and international think thanks and issue-oriented International Non-governmental Organizations have now come forward to play a critical role in deciding the agenda of global political discourses.

South Asia is a house for many think thanks and research institutions; but their focus is mainly national. Independent think thanks with regional approach to grasp strategic issues in their broader frame without being circumscribed by narrow national/state interests are few and far between in this vibrant region.

The organic linkages exist in many political, economic and strategic issues in South Asia and also in the Indian Ocean underscore the relevance of independent think thanks and research institutions with a regional focus. The Regional Center for Strategic Studies (RCSS) is such think thank that approach strategic issues in South Asia and in the Indian Ocean from a broad regional perspective while closely working with many state and non-state level stakeholders in the South Asian region and beyond.

In the recent times, South Asia and the Indian Ocean region emerged vital in the political, economic and maritime diplomacy across the world.

RCSS contributes towards knowledge-generation and knowledge-sharing, inside and outside the region.

In the recent times, South Asia and the Indian Ocean region emerged vital in the political, economic and maritime diplomacy across the world.

The BoD consists of eminent persons from Sri Lanka and the South Asia region.

The IRC, the advisory body of RCSS research and publications, consists of eminent scholars from South Asian countries and outside the region to ensure the institute maintains highest standards in its intellectual property.

RCSS initiatives including administrative and financial aspects are planned, designed and implemented under the supervision of the Executive Director

Established in 1992 in Colombo, Sri Lanka, RCSS serves as a leading networking and research hub for strategic and security discourse in South Asia.

RCSS is a regional, independent, non-profit, and non-governmental institution which strives to be a leading regional institute that initiates, coordinates and supports research and learning on South Asia.

The late Professor Shelton Kodikara was the co-founder of, and the first Executive Director of RCSS. He is considered to be a leading figure of International Studies in Sri Lanka and had held a number of important positions relating to diplomacy and strategic studies in addition to his academic posts.

In the span of the last 25 years, RCSS has been led by eminent academics and professionals in the field of strategic and international studies representing Bangladesh, India, Nepal, Pakistan and Sri Lanka.

Their leadership and commitment together with the faith on the thriving institution have contributed to make RCSS a renowned think tank in South Asia trusted by state and non-state organizations and individuals.

First Board of Directors